The challenge for Week 46 of Makeovemonday was to improve upon an original data visualisation published by the Forbes, comparing the World’s top cities for sustainable public transport.

The original visualisation is a simple bar chart comparing the Percentage Index Score for Sustainable Public Transport. The score is based upon 23 indicators to give a ranking of each city in terms of the mobility and sustainability of their public transport system. The nearer the score to a 100% the higher the quality of their public transport system and the nearer to 0%, the lower the quality. 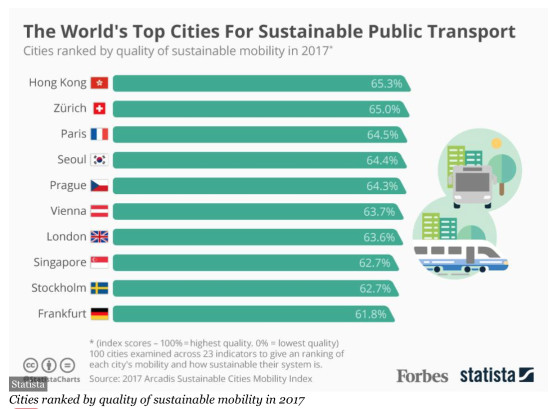 What did I dislike? 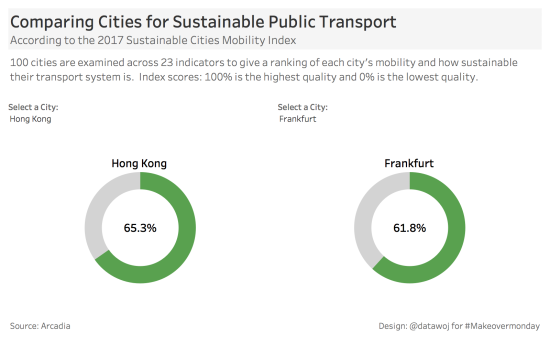 I think I have achieved my goals in terms of creating a simple, clean interactive visualisation. It allows any city to be compared with any other city.

However, it does not compare several cities together simultaneously like the original infographic.

Dough/Donut charts are not necessarily best practice but I think they are engaging to the audience.