The challenge for this week’s MakeoverMonday was to improve upon an original data visualisation published by TitleMax.com looking at how much profit the 25 wealthiest US companies made per second in 2016. 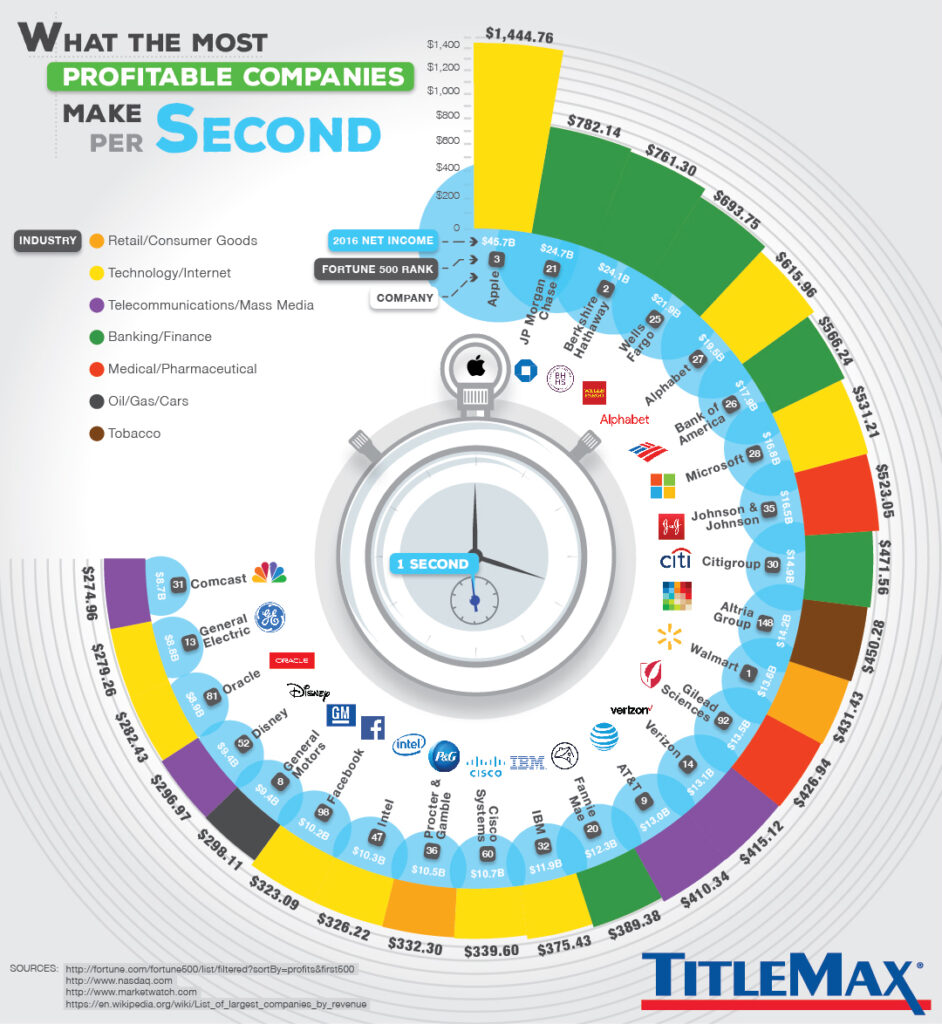 There is a handy Tableau Tip Tuesday tutorial of how to build this chart by Andy Kriebel based upon a similar makeover he published in 2016. 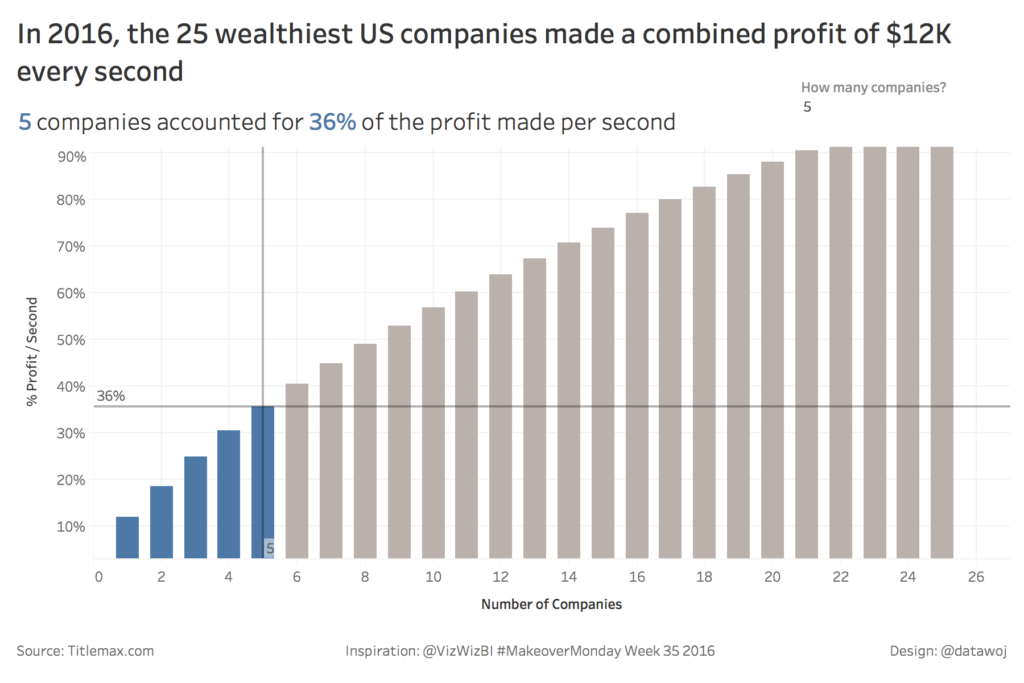